Did it happen again, you come home from a long day’s work to find that Mr. Meikles has missed the litter box yet again? This is really starting to become more of an annoyance than an issue, but you’re starting to become worried at this point…. 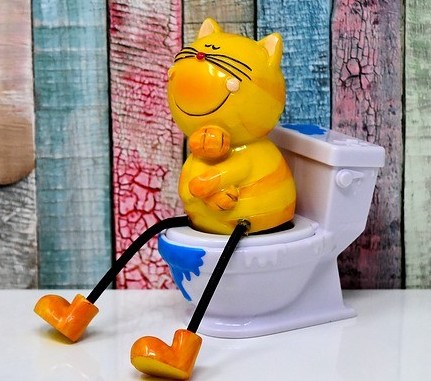 I would be too, especially if your feline friend has not had this issue before, and it started suddenly. It could be several things from age, to Urinary tract infections, or simply just an irritated Mr. Meikles. None the less, we have some knowledge for why cats pee outside their litter boxes.

The most common Reason…………. Kind of

Has there been a recent change in your cat’s lifestyle, or litter? Did you happen to pick up the bargain brand on your way home one night and maybe you’re on the last bit for their litter, but kitty misses their other litter. Perhaps you’ve moved recently or moved the litter box recently that may have caused kitty to react with their only form of inter species communication, behavior.

Your cat could be responding to a change in their environment that is causing some sort of stress. Cats have a unique behavioral element that we know as spraying. This is where they secret urine to “mark their territory”. The change could be something so minor as a new cat moved into the neighborhood and is taunting your kitty by spraying in an area they can smell like by the front door.

Either way it is caused by fear and anxiety within your cats’ life. They feel comfortable in their own scent, it makes them feel safe, and you’re probably going to need a good carpet cleaner.

How many cats are in the house?

Have you recently added a cat to the house?

Then here is your answer, cats are very territorial, and the addition of a new cat is causing stress in your current cats’ life. They feel that they must defend their current domain and probably a little revenge for adding another cat to their Eco system.

Bullying is also an issue when you have multiple cats within the home.

Yeah, but they have been together forever?

Cats are very territorial as mentioned above, but they can become more agitated as they age, less tolerable and if there are some dominance issues, or bulling between the two cats, the less dominate one may be being bullied out of using the litter box.

You could also provide each cat with their own living space, which if you’re like me is not always possible. So, what really helps is a good tiered cat perch made for multiple cats. This gives them their own private cubby, at least for the time they are using it.

Its hard out here for a Furry Kitty?

Long fur is no joke when you’re a cat, it takes a lot to groom that long hair. Keeping it clean in the out house is not an easy task. Especially if it’s a little watery, you know it doesn’t exactly not stick to their fur. That’s not the half of it either though.

Those little pebbles stick to the fur in between their little kitty paws as well. These tiny little pebbles hurt when they walk on them. It makes it extremely uncomfortable for your feline com padre to do their business in the litter box. A good Grooming can fix this, if your brazen enough to groom them yourself. 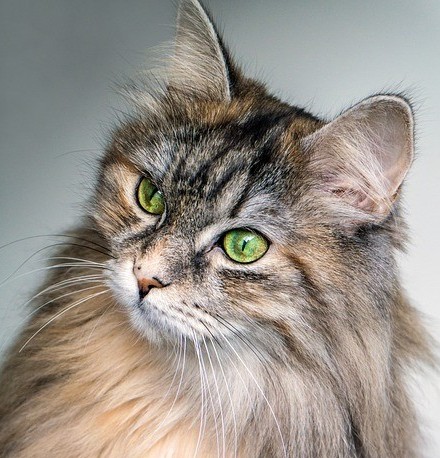 Long breed cats need a lot of specialized care, special litter made of silica would be your best option here.

Another good solution for your long-haired counter part is to lessen the amount of litter within their box. Long haired cats may not need as much litter in the box simply because they hate it sticking to their fur. I would too if I had long fur everywhere. It can mat, frat, and tangle up and it just becomes painful.

The Cat only Pees on Towels………Like wth?

This is not a form of revenge; the cat doesn’t know that your favorite beach towel is what they just urinated on. The cat has most likely developed a different preference from litter products for doing their business. Aside from replacing your beach towel, Try picking up all the towels, locking the dirty laundry away from the kitty for a while, and placing their litter box in an area which they prefer.

Sometimes they don’t like the litter, or the location of the litter box. Moving the litter box could be the first step in solving your kitty pee mystery. Changing the litter to a more kitty friendly litter may also help detour the unwanted urination.

Maybe They need a Doctor

Try getting a litter box that has a lower entrance point, like an open box litter box on the floor, Where your kitty can easily step into the litter box instead of having to use their hind legs as much.

A UTI or Urinary tract infection can occur in your feline and is quite common. Some vets may say that they don’t have a true Urinary Tract infection, but nonetheless having an urinalysis done should be your first step. Cats have very sensitive kidneys and can easily get a UTI and you would not know it, unless you had your kitty tested. Which we would recommend doing anyway if they have any major change in behavior. Talk to your vet to see if your cat is at risk.

There are hundreds, if not thousands of medical reasons why your cat may not be using the litter box, ironically one of the solutions above will most likely fix your problem. You should talk to your veterinarian before implementing any change in your cat’s life. What ever you do please do not give your cat any substances without talking it over with your vet.

One more thing that may be something to consider, the chemicals used to clean their box may leave a smell which they do not like. The strong chemical odor of some cleaners may simply be too strong for your cat to handle. A small diffuser may help.

Have you had any luck in training your cat not to go outside the litter box? Comment below.

Hi There, I absolutely love animals. I didn't major in animal science, I actually received my M.B.A. at Florida Tech University, (Go Panthers), But I enjoy writing about animals. I Enjoy learning, and helping people. I conduct all of my own research prior to publishing any article anywhere. I have four paw-panions right now, they are all angels, as are yours i'm sure. So thank you for taking the time to read my BIO, enjoy. If you would like to know more please visit the about me page

Urinary Tract infection in Cats……….Does my cat have one?